On 24th June, a devasting tornado hit a densely populated area of the Czech Republic – South Moravia, a region known for its wine production and unique culture. Yes, a tornado, an extremely rare phenomenon in this part of the world. It left behind thousands of damaged homes (in some cases whole city quarters), overturned cars and even lifted them onto trees (if any were left standing); a scene literarily unimaginable here, until now.

The disaster triggered a massive emergency response. The GINA team and its technology, which have been used by firefighters for many years, have played their part. As the situation unfurled, we put together a response team and offered our help to firefighters coordinating the response. That led to a voluntary collaboration where literally overnight we deployed our drone technology for mapping terrain on the firefighters’ server. We took off with our DJI Mavic 2 Enterprise DUAL shortly after dawn, when the light condition allowed us to take landscape imagery. GINA Drone technology processed the pictures of the landscape as they were taken and created a digital map distributed in real-time to GINA apps used by the firefighters in the field (via GINA Tablet, GINA Lite) and the local command center (via GINA Central).

The mapping with drone provided the responders with initial overall pictures of barely accessible areas. This was followed by mapping using an ultralight airplane able to cover much larger area. By flying at a low altitude of approx. 1 km above the ground, we were able to get clear pictures not distorted by clouds and process them with the same technology we used for the drone data. This way we were able to provide the rescuers with regular updates of the aerial map for low costs.

As a result, the response teams used a fresh map provided by drone for reconnaissance and tracked the progress of clearing works via map updates provided by an aircraft. The rescuers were also provided with a heatmap to help detect emerging fires caused by leaks of natural gas. All of this allowed the firefighters to work with unprecedented efficiency and provided even faster help where it was needed the most. 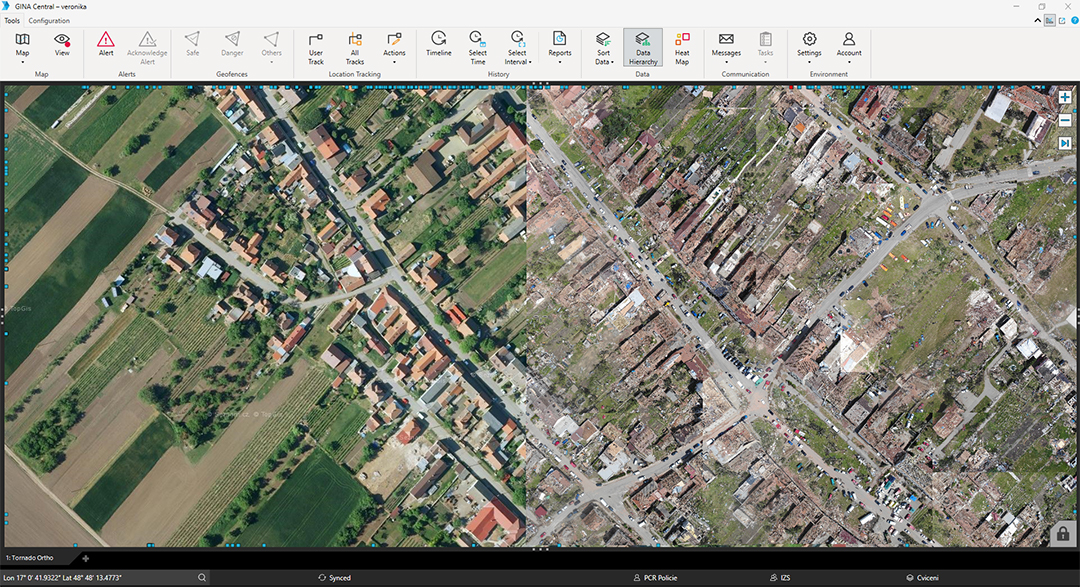 This technology has been used for the benefit of approx. 50,000 inhabitants most affected by the disaster. These results would not have been possible without the support of HZS JMK and cooperation with the Institute of Aerospace Engineering at the Brno University of Technology, and of course DJI. We are proudly working together on our mission of saving lives through technology.

GINA is a mapping system designed for disaster and emergency management. It contains apps for officers in charge and responders, and integrates hardware components like mobile radios, GPS trackers, sensors, and drones. It is used by public-safety organizations worldwide both for daily operations and disasters. 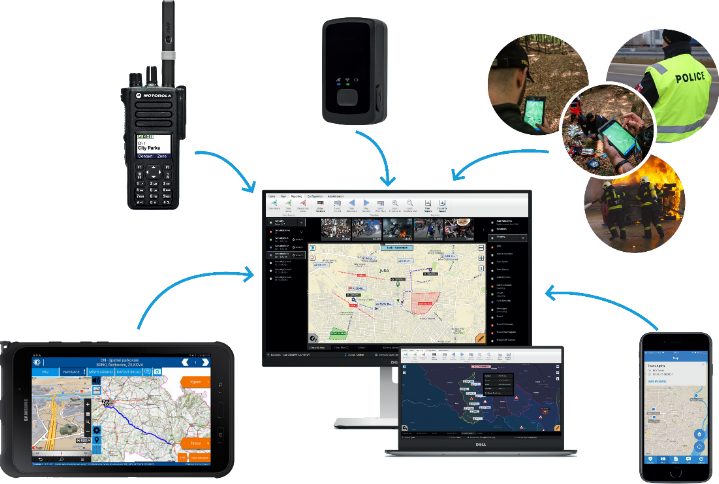