Where help is needed, there is the Czech Red Cross and often also GINA. In mid-October, Czech Red Cross paramedics assisted rescue workers at a reported rally on Wenceslas Square in the capital city of Prague, Czech Republic. The paramedics monitored the crowd and were ready to help if any of the participants found themselves in a medical emergency. On that occasion, six teams tried out an app from GINA to help them navigate the crowd and their commander to manage the event.

Radim Dongres, the deputy commander of the Humanitarian Unit of the Czech Red Cross and the commander of the intervention for the Czech Red Cross, sat in the command tent with members of the Prague Emergency Medical Service. A digital map in the GINA Central application provided a complete overview of the situation, so the intervention commander monitored and controlled the action through the computer. If necessary, the system makes it easy to mark a location on the map, send a specific team to it and track its route at all times. This not only speeds up and streamlines the communication, but above all the action itself.

One map, all teams

Marked and named teams can also be tracked on a shared map, which is also available to rescuers. There, not only the pairs of the CRC paramedics are displayed, but also the location of ambulances including their equipment. The whole system then allows all involved emergency services to work together effectively.

GINA Central is a digital map with features to coordinate multiple units across emergency services.

The movement of the six two-person teams of the Czech Red Cross was also made clear to the paramedics themselves in the field, thanks to the GINA GO mobile application. On the map on their phones, they could, for example, track which of the teams was closest to them, and if the commander assigned a task to a given team, a notification would pop up along with the option to navigate to a specific location. This feature is important not only in large areas, but also in places where it is difficult to navigate and describing the position over the radios is tedious.

Perfect overview at all times

Radim Dongres highlights the biggest added value of the digital map: "The entire square was divided into sectors and teams were assigned specific sections. But of course, they can move in different parts of it. When I get a report that there is a problem in a certain sector, I look at the map and see which team is closest, and I can send them there." 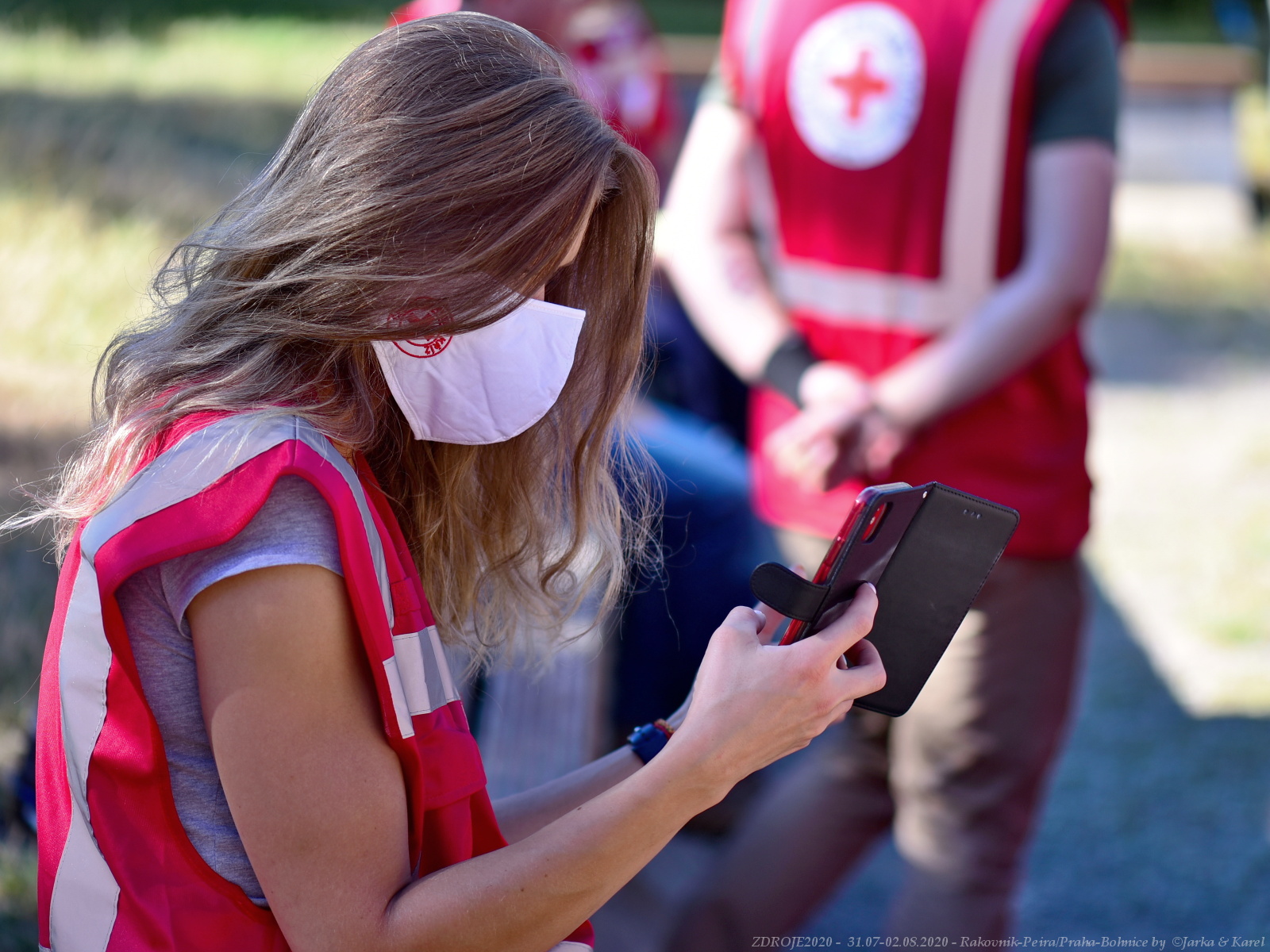 However, thanks to modern technologies and their interconnection, commanders who monitor the situation remotely can also have an overview of the situation. This was also the case in this instance. Fortunately, the gathering was avoided without the need to intervene and the CRC paramedics were able to try out the GINA app directly in the field.

But monitoring the position can be important even before the action itself, as Radim Dongres describes: "Many of our members are volunteers who go out from their homes to intervene. At a time like this, it's great to have an app that lets you see on a map how people are converging on the scene. You can then coordinate much better, for example, by talking to drivers."

Zbyněk Poulíček, co-founder of GINA, also praises the cooperation with the Czech Red Cross and hopes that it will continue: “It doesn't always have to be a big disaster like floods or earthquakes, but we want to make the daily work of paramedics or firefighters more efficient. Every new collaboration is a challenge for us and makes us think about how to make our products even better."